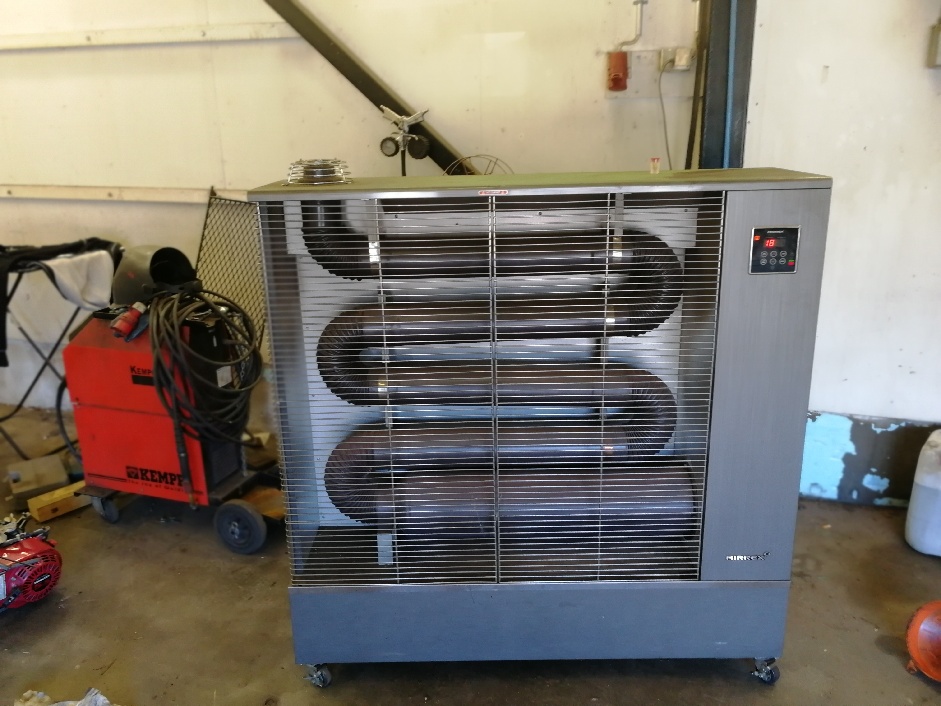 Founded in 1995, Amados Oy is specialised in the marketing and sales of machines related to construction, agriculture and property maintenance in Finland and Russia. The heater Airrex AH-800 was acquired to heat Amados’ workshop hall approximately 2.5 years ago, and it has been in heavy use ever since.

Mikkeli-based Amados’ hall is 5–6 metres high and spans approximately 150 square metres, and various working machines are washed there throughout the year. At worst, half a metre of snow may pile up on top of vehicles such as wheel loaders and tractors in winter when they are driven to the hall for washing.

“It only takes around three hours to deal with a large amount of snow and ice until it’s all melted away. The heater is in heavy use at that point, but it works superbly,” says Jari Ikonen from Amados.

Previously, hot-air blowers were used for heating in Amados’ hall but, according to Ikonen, they were susceptible to becoming dirty. Airrex has no such issues. The diesel-powered infrared heater AH-800 is in continuous use at Amados in the cold season, and 800 litres of fuel is consumed annually. The heater is in heavy use, indeed.